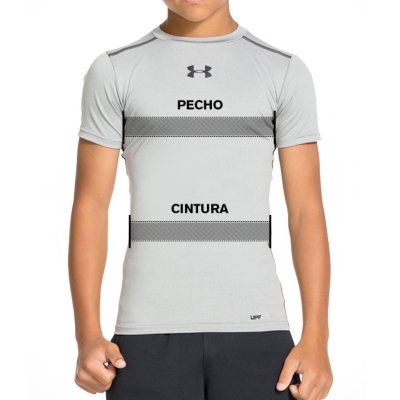 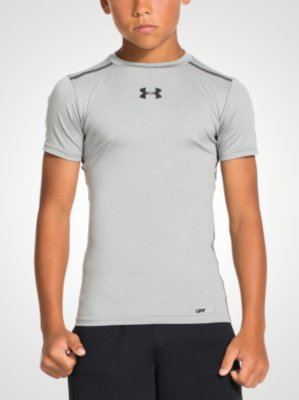 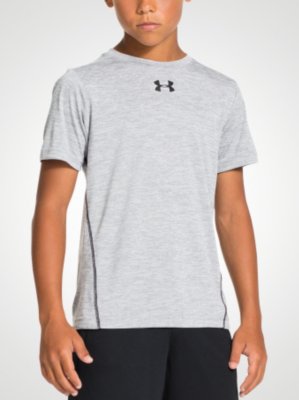 Disappointed with the quality of this shoe and will not recommend to other.

It's way too small

My mother-in-law bought this sweatshirt in an XL for my 14 year old son who is very slim. It came today and it is way too small for him. What a disappointment! We have about 10-15 UA hoodies in our house (I have three sons) and this is the only one that has an odd sizing. Other XLs fit him very well. I do like the look of it, though.The white piping on the grey sweatshirt is so cute. Unfortunately, we'll have to return it as the 14 year old is my youngest and smallest!

These products are too small

I purchased two camo-style hoodies for 12 and 13 year old boys. Purchased XL and both were too small. The boys aren't that big but the shirts were way too small. Also, I have twin granddaughters that are 12 and much smaller than most 12 year old girls. They are 54" tall and I purchased XL girl hoodies that are too small and then I purchased 7 pair of Under Armour sweat pants - different styles. The mediums just fit but are on the shorter size and after a few washings, those will be too small. I purchased the large and the length was slightly long but would work. However, the waist and hip area was so large they would have fit a woman. They looked horrible because the hip was overflowing. Also, I chose the UA because they all have the tie waistband. Need to revamp sizing and add more girls products instead of unisex sizes.

I bought this hoodie for my 10 year old grandson and it is very small. Looking for a replacement in an adult size.

My son is average size and XL fits like a small. I’m definitely returning. I have always bought him UA clothing but I’m really questioning whether or not to continue with the size changes.

I ordered an XL for my 11 yr-old grandson, and he is thin. It is way too small so my 8 yr-old granddaughter is now wearing it. So very pathetic that Under Armour's change in sizing is forcing people to buy adult sizes for children.

These hoodies run extremely small since they changed their sizing. I ordered a youth XL for my 12 year old son and it is too small to wear. Compared to his other Under Armour hoodies that are the "old" sizing, there is almost a 3" difference in length. This is more like a medium. It's really disappointing that an average sized 12 year old is too big for the youth sizes, and the adult hoodies aren't as "cool". They're boring. My son loved these for the bright colors and patterns. The quality is garbage compared to the old hoodies, which are a lot smoother to the touch. His old hoodie has lasted almost 3 years without a single snag. These new ones feel rough and will definitely snag in just a few wears. I'm not sure what is going on with Under Armour but these changes are terrible. If it's not broke, don't fix it. I really hope they bo back to what they used to be.